I like to create compositions that capture the essence of the Golden Era of sports car racing -the cars, the people and racing at that “magical” moment in time, Phil explains. Ward’s artwork begins with a 35m slide, negative, scanned pho­tograph or digital image. While some photos are his own, most come from professional or amateur photographers from whom he licenses their images.

Ward 75, from Paola, KS retired in 2006 from Osawatomie State Hospital as Business & Oper­ations Manager. Phil has a degree in Russian Area Studies and a Master’s degree in Interna­tional Business Management from the Monterey Institute in Monterey Calif. Much of his career has been in health care administration.

Interest in cars began when, as a teenager, he spent his weekly allowance on automotive mag­azines. However, after retirement, he renewed this passion for sports and exotic cars and began to experiment with digital art. Ward taught himself computer programs, such as, Photoshop and Black Magic.

Phil has no formal art training, as such, he often smiles as he explains, “I don’t know what rules I am breaking”. Ward’s self-learned process over the past six years results in creating “paint­erly effects” not through a more traditional digital painting technique but digital artistry. This artistry applies “filter” effects of watercolor, illustration or impasto for example to the com­position and from that “filter” result he selects essential elements of the new image to place in a “layer”. It is in these blended layers the digital magic can be orchestrated by the artist. Often Ward’s composition can contain more than fifty layers. Several of his compositions have been signed by notable personalities such as Bobby Rahal, Lee Holman, Al Unser Sr., Gary Wales, Emerson Fittipaldi, Jacky lckx, Roger Penske and Sir Stirling Moss OBE.

In 2019 Phil began to add vintage yacht racing to his portfolio. “These compositions have added a wonderful new dimension to my art”, Ward said. 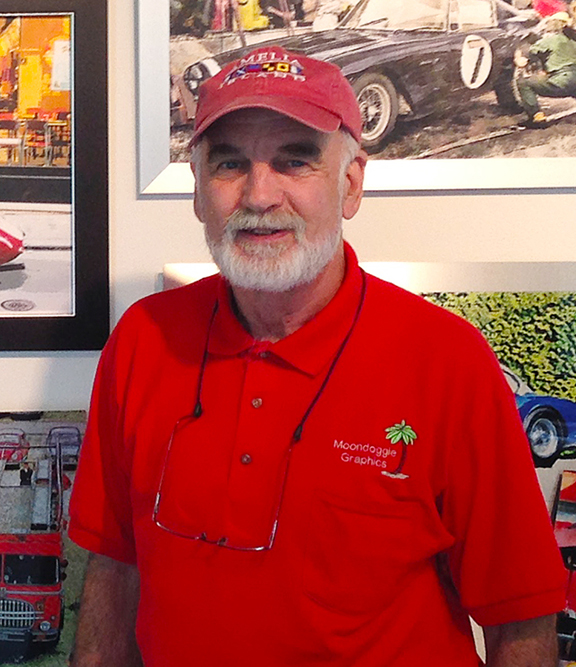 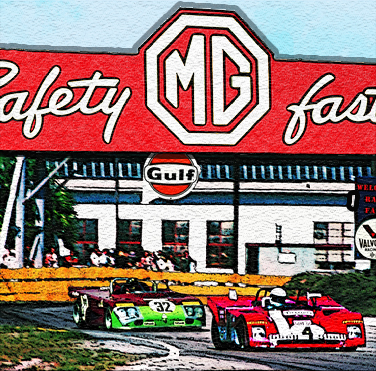 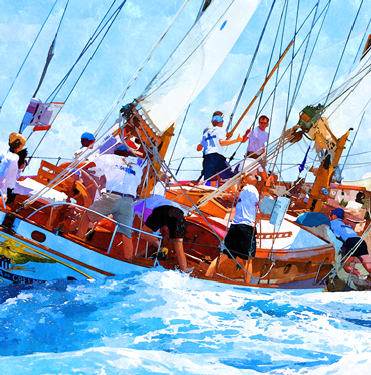